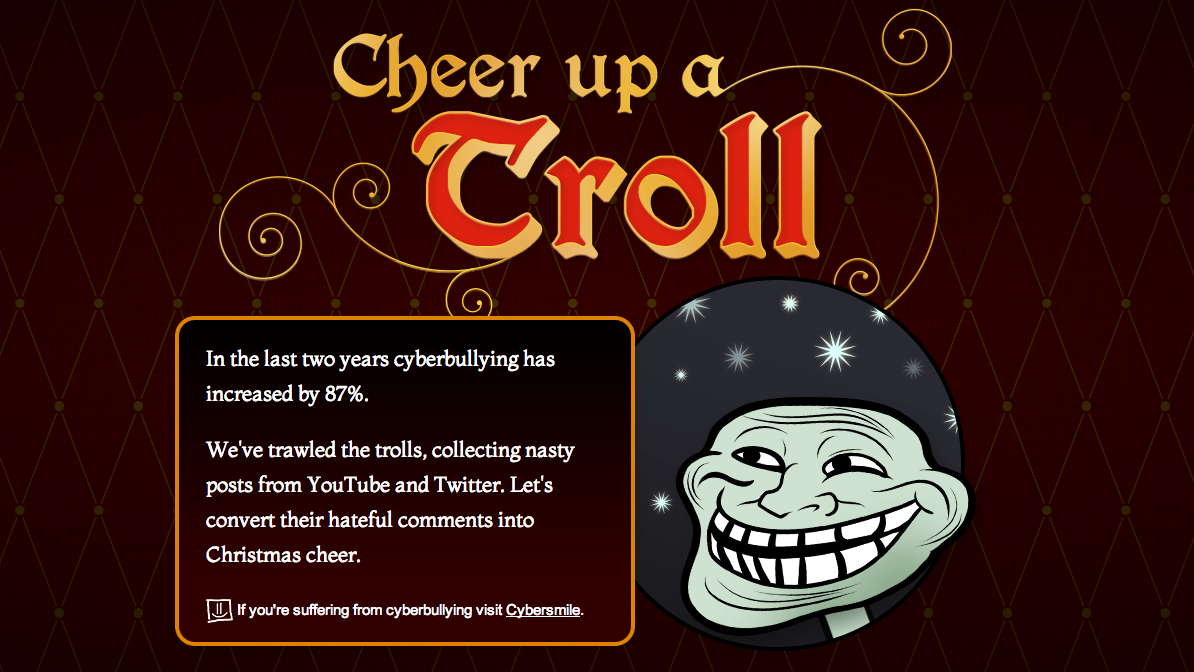 Cheer Up a Troll

'Cheer Up A Troll’ is a proactive initiative for Cybersmile, a charity dedicated to raising awareness of the cyberbullying epidemic. We trawled the trolls collecting their hateful comments from YouTube and Twitter, and created ‘Cheer Up A Troll.’ The game invited players to use the letters from troll comments to spread some Christmas cheer. As players typed, letters from the troll comments were recycled into new positive messages. Hundreds were created. But positivity is for life and not just for Christmas, so, Cheer Up A Troll will be spreading cheer all year at www.cheerupatroll.com